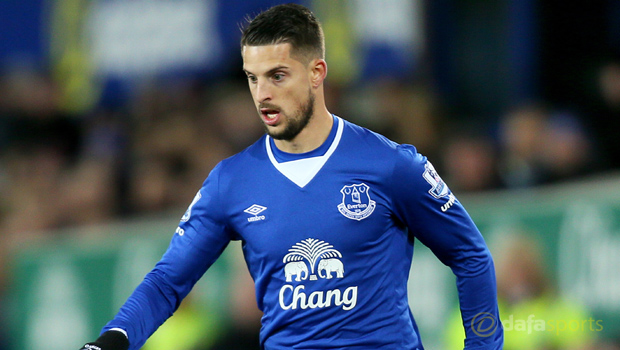 Everton manager Roberto Martinez has dismissed speculation linking Kevin Mirallas with a January exit and expects the winger to contribute massively in the remainder of the campaign.

The Belgium international, who arrived at Goodison Park back in 2012, has found first-team opportunities limited this season and has been forced to watch on from the bench for large parts.

He has only made two Premier League starts this term and his lack of playing time is becoming a worry for the 28-year-old, with Euro 2016 taking place in France this summer.

The impressive performances of Gerard Deulofeu, who arrived at the club from Barcelona last summer, have been a major reason for his limited chances and the young Spaniard is showing no signs of letting up.

Reports have suggested Mirallas is looking for an exit this month and Ligue 1 outfit Monaco are being linked heavily as a possible new destination.

However, Martinez insists the former Lille star will be a pivotal player as the Toffees continue their charge for a European finish.

He said: “The way he has been working in the last few weeks, I expect Kevin to have a major, major influence in the second half of the season.”

Everton are in action on Saturday in the FA Cup third round when they welcome Dagenham and Redbridge to Goodison Park.

Toffees captain Phil Jagielka is set to make his long-awaited return from a knee injury in the tie after recently returning to training.