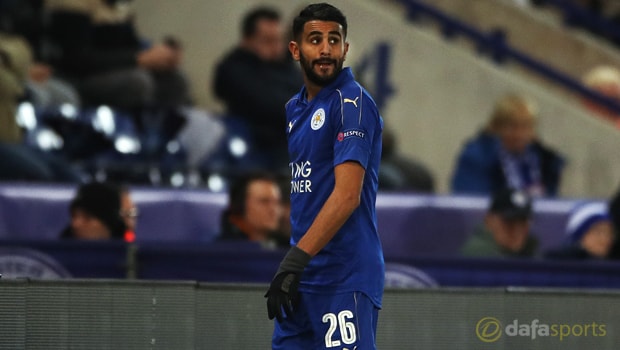 Riyad Mahrez is confident Leicester can emerge from their slump and move away from the Premier League relegation places.

The Foxes upset the odds to win the title last term but their defence is yet to truly ignite and Saturday’s 2-1 defeat at Watford left them sitting 14th place.

With only three points separating them from the relegation zone, serious questions have started to be asked of Claudio Ranieri’s men and Mahrez’s inconsistent form has become somewhat of a cause for a concern.

Tuesday sees them given some respite as they take on Club Brugge in the Champions League. The Foxes are 1.53 to win, with the draw 4.20 and the Belgian champions the 6.50 outsiders.

In contrast, to their domestic form, Leicester have been excellent in Europe and a win would all but guarantee them top spot in the pool.

Mahrez readily admits that after the highs of last season, his side’s inconsistent form this time around has come as somewhat of a reality check for a squad which only narrowly avoided relegation the year before.

The Algerian concedes they are finding things tough this time around but is confident they have the quality to jump back to where they believe they belong.

“Nothing is wrong. We need to keep working hard like we do and I am sure we will get the wins,” said Mahrez.

“I know we have good quality to stay in the Premier League and maybe more. “Last season was last season, we were champions.

But champions or not, this is another season. “Others teams are more hungry, and every team wants to beat Leicester. We just have to keep going and I know we will win games.”