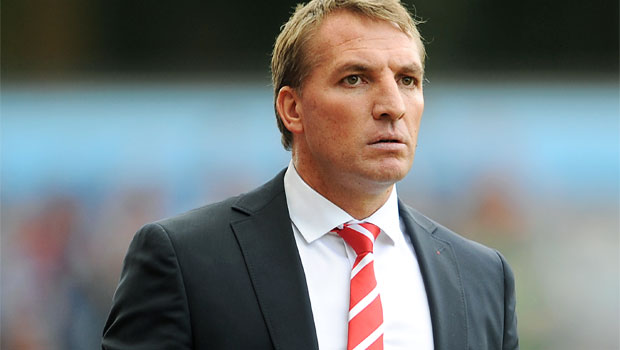 The Reds have got the season off to a great start but were pegged back at the weekend as Arsenal ran out 2-0 winners at the Emirates Stadium to open up a five-point gap at the top of the table.

Rodgers knows there is still plenty of time to claw the points back, but says Arsenal have put themselves in a great position after the opening 10 games of the season.

The Liverpool boss says the win will have boosted Arsenal’s confidence further and they will be looking to build up an even bigger gap at the top.

“They are winning the race,” Rodgers said. “These 10 games we’ve all played, people talk about it being early, but you don’t get them back.

“You don’t get to play them again so you’ve got to claim the points. At the moment we’re on 20 points and they’re on 25.

“The great thing is there’s lots of time left to gain those points back, but at this moment in time they are high in confidence, playing well and they will be pleased with the win.

“There’s always disappointment when you lose a big game. We were happy when we beat Manchester United earlier in the season.”

Despite the defeat Rodgers is still very happy with the start his side have made to the season as he tries to build a squad capable of challenging for honours for years to come.

“We want to stay there. We know we’re trying to build something here in the depth of our squad, and the nature of our game,” he said.

“Without a major investment that just takes a bit of time. But listen, they’re a team here, I watched them (Arsenal) against Napoli and they were brilliant, and that’s top-end Champions League.

“They are a very good side with very good players, and for us we’re playing catch up.”