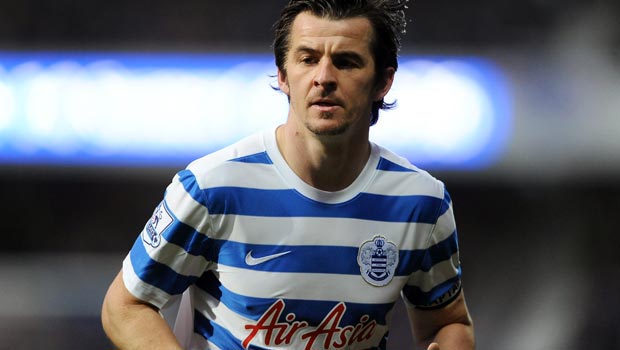 Joey Barton has admitted that he will leave new contract talks with QPR until the summer after their battle for Premier League survival is over.

The 32-year-old midfielder, who joined the R’s from Newcastle on a four-year deal in summer 2011, has made 13 appearances in Harry Redknapp’s side in the Premier League this season.

And, while his current deal is due to expire at Loftus Road this summer, Barton insists his sole focus is on helping the team avoid the drop back into the Championship.

The west Londoners currently sit in 16th spot, two points clear of the drop zone, ahead of a crunch clash at second-bottom Burnley on Saturday afternoon.

Barton, who was sent to French outfit Marseille for a year-long loan when he picked up a 12-match ban at the start 2012-13 season for violent conduct, worked his way back into the R’s side at the start of last season and helped the club secure promotion back to the Premier League at the first attempt.

On his future, Barton, who confirmed that he would prefer to stay in the Premier League, told Sky Sports: “My commitment to this football club is up until the end of the year. I actually didn’t think this would be a conversation I’d ever be having, I thought it was going to be a lot more cut and dried than this.

“But it’s nice that we’re actually having this conversation and it’s actually a viable option for me to maybe stay at the football club.

But I don’t know; I’m not really focused on that.