QPR chairman Tony Fernandes refuses to give up hope 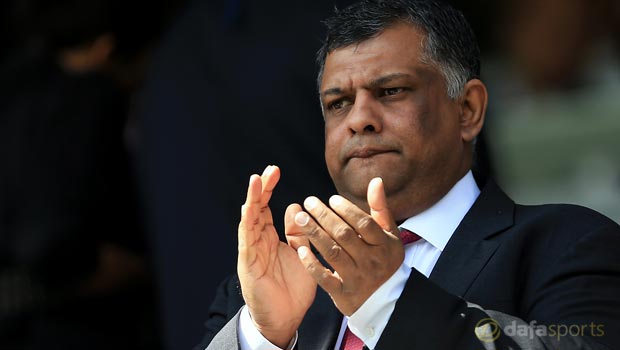 QPR chairman Tony Fernandes has told the club’s fans to remain positive even though relegation to the Championship could be confirmed this weekend.

Chris Ramsey’s side could be relegated when they travel to face Manchester City on Sunday, while they are also set to be hit with a fine for falling foul of the Football League’s Financial Fair Play rules.

QPR are 13.00 to beat Manchester City this weekend and 7.00 to draw against Manuel Pellegrini’s side.

Fernandes tweeted: “QPR Fans. Don’t despair. Lots to look forward to. You have shareholders who care. Not perfect. Made mistakes. But we care.

“It’s not over till it’s over. Got three games left. Need to play for all the game. Not just 85 mins and who knows.

“See you at City. That’s it for the moment. Stay positive. Hard but that’s all we got.”

QPR have been in relegation trouble all season and their form has not picked up since Ramsey replaced Harry Redknapp in February.

Under Ramsey, Rangers have lost eight of their 12 Premier League matches, picking up just eight points from a possible 36, and have failed to win at Loftus Road since the turn of the year.

They did manage to clinch impressive wins on their travels at Sunderland and West Brom but now look set to make an immediate return to the Championship following their promotion via the play-offs last season.