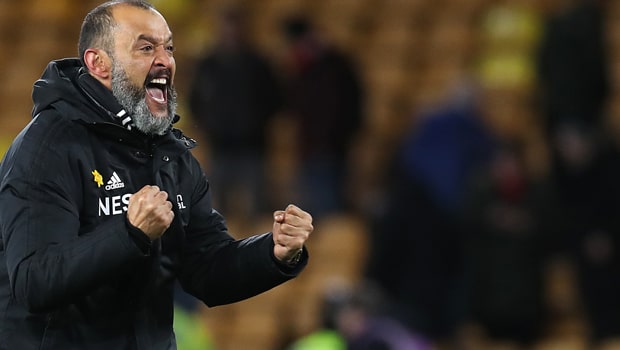 Wolves boss Nuno Espirito Santo believes having a small squad has benefitted his side this season. The Molineux club are on course for a seventh-place finish in the Premier League after winning promotion as champions of the Championship last season.

Wolves could end the campaign with a trophy as they are through to the FA Cup semi-finals, and Nuno feels having a small group of players has been one of the key factors in their success this term.

He told the club website: “We started with 18 players, plus the goalies, now we have 16, plus the keepers. Of course, we have the back-ups of the under-23s, but it’s not a question of easy or difficult.

It’s our philosophy, it’s our idea of having a strong and compact squad that allows us to make good decisions.

“If it’s the same players, over and over again, training together, passing the ball to each other, timing their runs, all these small details that can help so a deep knowledge of your teammates it really helps with the tasks he has to do.

“The squad must work well, then we have to decide the 11 and the players that come in, but although we have a small squad, everybody’s involved at the same time.

Even if they don’t play, they are still involved in the competition, so that makes it easier when the player steps into the team, they know their task and what they have to do inside the dynamic of the team.

“What I really encourage is the players to prepare well, focus on their work, because when the chance comes we must perform.”