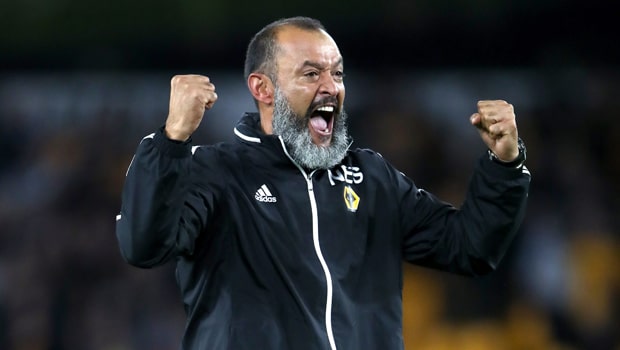 Nuno Espirito Santo says it is a “fantastic” achievement for Wolves to have made it through to the group stage of the Europa League.

Wolves have booked their place in the main draw of Europe’s secondary competition for the first time since 1980-81 after Thursday’s 2-1 victory over Torino at Molineux sealed a 5-3 aggregate success.

The West Midlands-club have come a long way since the Portuguese was appointed as manager in 2017, going from a Championship club to a team that could face the likes of Sevilla, Roma and Sporting Lisbon during the Europa League group stage.

Nuno is certainly proud of his team and feels their performances in Europe so far this term show how far they have come in such a short space of time. “It’s fantastic. Work that started two years ago in the Championship, building and building,” Nuno told reporters.

“What the boys did is fantastic, a small squad, but they worked. The staff too, that’s why they went to the pitch because they deserve a lot of credit. They were so important for us, the guys behind-the-scenes, massive.”

However, despite it being a fantastic achievement for Wolves to have reached the group stage, Nuno does not want that to be the highlight of their European journey, with the Premier League side priced at 17.00 to go on and win the tournament this season.

“We want to compete. I don’t know who we’re going to face yet. We want to play,” the 45-year-old added. “Sunday we have another game, tomorrow after training we’ll sit down and watch the draw. That will be a pleasure for all Wolves fans.”