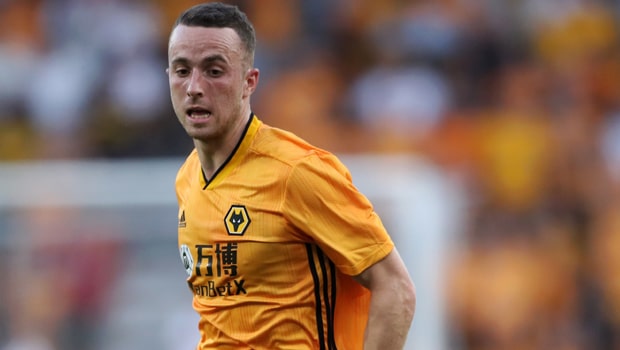 Wolves forward Diogo Jota is relishing the opportunity to go up against Manchester United in the Premier League on Monday.

The West Midlands side are keen to get a first win on the board after playing out a goalless draw at Leicester on the opening weekend. They have already picked up multiple victories in Europe this season after starting their competitive action back in July.

Wolves are closing in on a spot in the group stages of the Europa League, having already dispatched Crusaders and Pyunik, but their toughest test lies ahead with Serie A side Torino waiting in the playoff round.

Jota admits Torino will be difficult to beat but insists they can’t start to consider the Italian outfit before attempting to deal with United. “The consequences of us finishing seventh is more games, a European competition.

We know how hard it will be to go through Torino, traveling to Italy, but first we have Monday and then we prepare for Torino,” Jota told Wolves’ website. United made a blistering start to the 2019-20 with a 4-0 win over Chelsea at Old Trafford but recent meetings suggest they may struggle against Wolves.

Wolves were unbeaten in all three engagements with United last term, winning twice at Molineux, although Jota feels the Red Devils have improved over the summer.

He added: “It’s a new season so they’ve had more time to work with the players. They made their own changes, every team in the transfer market tried to improve their team, and we have to understand we’re going to face a big team and it’s going to be hard.

“It’s our job. When you play it’s 11 against 11, even if they have more quality on paper, we have to match that with our fans, playing at home with 100 per cent effort, trying to win the match. “This is a new season, so nothing to do with the last one.

They are very strong at the moment, with their first result of the season, so I think it’s going to be hard for us. We have to understand the moments of the team and when we can, try to get on the attack and score goals.”