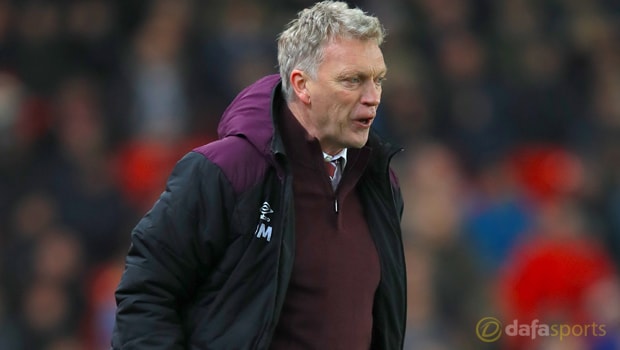 West Ham boss David Moyes is planning to add to his squad during the January transfer window as the Hammers look to pull further clear of the Premier League relegation zone.

Former Sunderland boss Moyes took over the reins at the London Stadium in November but has already recorded some impressive results, most notably a 1-0 victory over London rivals Chelsea earlier this month.

Despite Moyes’ positive impact, West Ham still remain in the middle of a relegation battle, just one point and a place above the bottom three.

The 54-year-old knows he will have to strengthen his squad during the transfer window if the Hammers are to head up the table and has already earmarked which areas he needs to improve.

“I’ve got to say every player has shown great desire and is committed in training, but I think we’re short in some areas and overloaded in others.

For example, we’ve got lots of forwards, but we’re really short of midfield players,” Moyes told the club website.

“We’ve got quite a few who are comfortable playing on the left, but not so many who can play on the right, so we’ve got a little bit of an imbalanced squad which we’ve got to straighten out in January if we can.”

West Ham are unlikely to have any new recruits in their ranks ahead of their next match – a home clash with fellow strugglers West Brom on Tuesday.

The Hammers have only won one of their last seven meetings with Albion, but they are priced at 2.00 to secure all three points on Tuesday, while the Baggies, who are without a win since August, are available at 4.00 and the draw is on offer at 3.40.