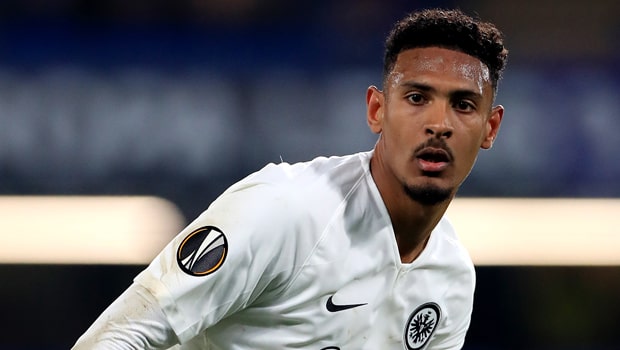 The 25-year-old former French Under-21 international has signed a five-year deal with the option of a further 12 months. Brazilian Felipe Anderson, who cost £36m, was the Hammers’ previous record buy.

Haller scored 20 goals in 41 games for the German side last season and will bolster Manuel Pellegrini’s attacking options following the summer departures of Lucas Perez, Marko Arnautovic and Andy Carroll. “I think it’s a really good opportunity for me to be here,” said Haller.

“It means a lot [to be record signing]. I felt this desire to sign me and I’m really happy to sign. It is an ambitious club, a nice club, a nice city and nice fans, too.” Haller previously made the switch to Germany from Dutch side Utrecht, where he scored 51 times in 98 games.

He joins forward Pablo Fornals and goalkeepers David Martin and Roberto as West Ham’s other summer signings. Eintracht, meanwhile, have now lost their two main strikers this summer, with Luka Jovic joining Real Madrid. The Frenchman will do his best to repay the faith West Ham have placed in him.

“For me I can guarantee that I will give 100 per cent for the club because the club has given me this confidence and I will try to give it back every day in every game,” Haller added.

“I know it’s a big transfer and there is a lot of expectation around me, and I just want to make people proud of this transfer and I will give everything I have.” West Ham are 8.00 in next season’s Premier League betting ‘without the big six’ market.