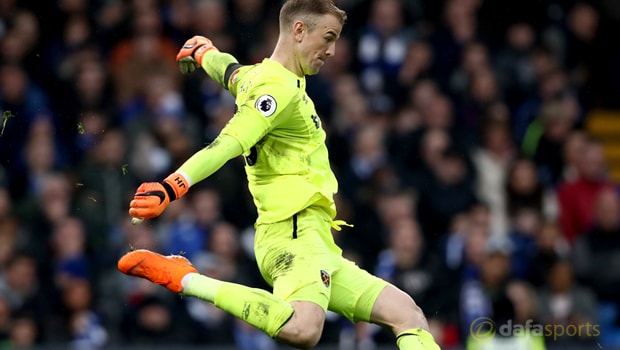 West Ham loanee Joe Hart insists he isn’t thinking beyond the current campaign and is fully focused on ensuring the Hammers stay in the Premier League.

Hart joined the east Londoners on a season-long loan deal from Manchester City last summer but has struggled for regular game time.

However, Hart was recently restored to the starting XI and repaid Moyes’ faith by putting in a man-of-the-match performance against Chelsea on Sunday.

The England international made a string of fine saves to prevent Chelsea from romping to victory at Stamford Bridge.

Javier Hernandez came off the bench to claim a share of the points in west London and West Ham, who are priced at 13.00 to be relegated, now sit six points clear of the bottom three.

West Ham’s next outing comes against strugglers Stoke and victory at the London Stadium could be enough to see them secure their Premier League status for 2018-19.

Hart has stressed the importance of taking maximum points and insists he is firmly focused on playing his part.

“Next Monday against Stoke is our game of the season now. But that’s the future, in the present we have 34 points, six ahead of the relegation zone, and that’s great for us.

“I’m very focused on West Ham at the moment, that’s my job and that’s what I’m here to do, to fight for this team.”