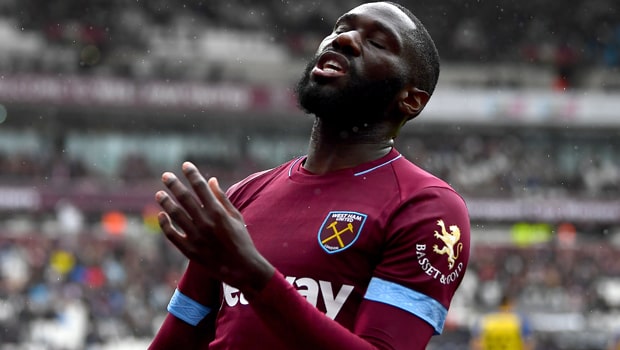 West Ham left-back Arthur Masuaku says the fans need to be patient this season after a slow start so far.

Manuel Pellegrini’s side have picked up just one point from their first two matches and that came last week against Brighton at the AMEX Stadium. The Hammers started the 2019/20 campaign with a 5-0 defeat to Manchester City on home soil, but Pellegrini is still deciding on his best starting XI ahead of the game against Watford.

The Chilean has welcomed back several players from injury, while he signed Sebastien Haller, Pablo Fornals, Albian Ajeti, Goncalo Cardoso, Roberto and David Martin in the summer. Masuaku, who played at this summer’s Africa Cup of Nations, believes his team will come good in the coming weeks.

He told the club’s official website: “It’s going to take a little bit of time but I hope we can win the next game against Watford away and we can win the game after that at home in front of our own fans, because we don’t want to make the same mistake as last year [when we lost our opening four Premier League matches].

“We need to quickly find our winning rhythm, and hopefully, we can do that against Watford. “As a team, we need to find the right balance and stop conceding goals, and then it will be easier for us to attack with our creative players up front.”

Watford remain the 2.15 favourites to win this weekend’s contest, with the draw 3.50, while Pellegrini’s troops are available at the same price as they try to win their first game of the campaign.