Posted by Robert Morris on September 8, 2017 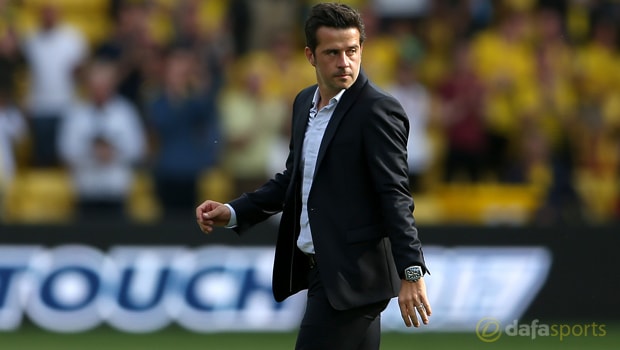 Watford manager Marco Silva insists the decision to allow Nordin Amrabat to leave on transfer deadline day was out of his hands and he has criticised the deal.

Silva was appointed over the summer as Walter Mazzarri’s replacement after impressing during a short stint with Hull last term despite failing to keep them in the Premier League.

The Portuguese drafted in the likes of Andre Gray, Richarlison, Will Hughes, Nathaniel Chalobah, Marvin Zeegelaar and Andre Carrillo to boost his squad ahead of the 2017-18 campaign.

Watford, who are priced at 5.50 to be relegated, also saw a number of players leave Vicarage Road, but it was the business on transfer deadline day that left Silva feeling frustrated.

Goalkeeper Costel Pantilimon was loaned out to Deportivo La Coruna while winger Amrabat also secured a loan switch to Spain with Leganes.

Amrabat had started all three of Watford’s Premier League fixtures before his move was sanctioned on transfer deadline day.

Silva has hinted that the final decision was out of his hands and admits the end of the window didn’t go to plan.

“Now the market is closed, I don’t want to talk much about it, but first, I’m clear with you, the last week was not the best for us in the market,” Silva said.

“It’s different than what we tried to do, but different things happen. What we planned for last week and achieved is different.

You want the best things and you can’t achieve that in the last week.

“That’s not the best thing for me or Watford, but that’s life. I expected something different, it’s true.

In some moments the coach can’t control everything. Even though we lost one player after August 31, it was not in my plans to lose the player.”