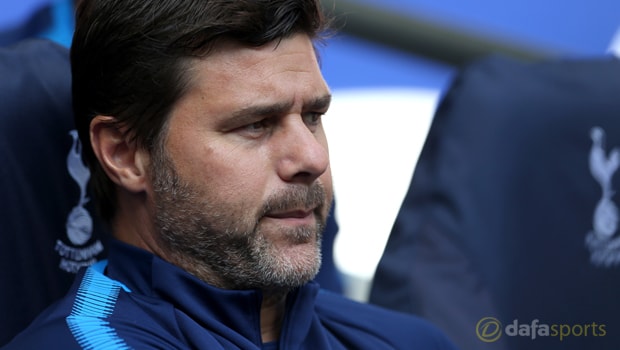 Tottenham boss Mauricio Pochettino insists his team do not have a problem with playing at Wembley but he concedes they have a mental issue following their 1-1 draw with Burnley.

Spurs were the better team on Sunday but they wasted several chances before midfielder Dele Alli opened the scoring at the start of the second half.

Last season’s top scorer Harry Kane continued to fire blanks in front of goal, with Burnley stopper Tom Heaton on hand to deny him in the second half.

Tottenham’s missed chances were finally punished when new signing Chris Wood stepped off the bench to score his first goal for the club in stoppage time.

Spurs have now won just twice in 12 games in their temporary home but Pochettino is refusing to blame their surroundings for their shortcomings.

He said: “I agree we can’t have moments like this if we want to challenge for the title.

We need to work hard to try to be stronger, because that is a mental problem that we need to fix.

“It’s true that the results are too early to try to analyse what will happen in the future, because last season after three or four games you would never have said that Chelsea would be champions.

“It has nothing to do with Wembley. It’s not a Wembley problem.

In football, if you’re not concentrated and focused, sometimes when you’re tired maybe a little bit and you’re not 100 per cent, you concede or give the opponent the possibility to score.”

Pochettino will be hoping for a response when his trash travel to Everton after the international break.