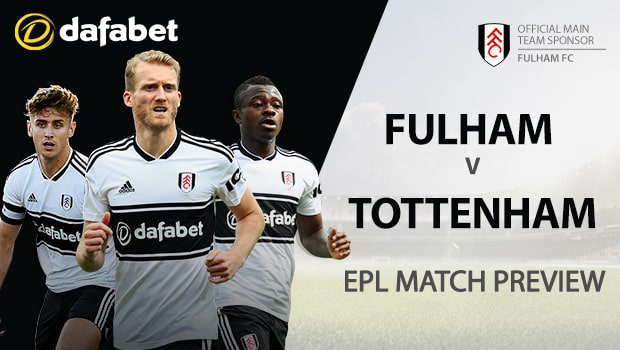 Fulham get set to host Tottenham this Sunday at Craven Cottage in London. Tottenham are on a streak vs this opponent, winning nine of their last 10 Premier League matchups with Fulham.

Draw: TThere’s a 27 percent chance the match ends in a draw. There’s a draw in just 18 percent of AccuScore sims, suggesting no added side value on the draw.

Clean Sheet:T Since losing to Queens Park Rangers (QPR) in April of 2012, Tottenham are unbeaten in their last 20 Premier League matches vs promoted sides — winning 17 and finishing in 3 draws.

Dominating on the Road:T Tottenham have 10 wins on the road this season in the Premier League, the most across the board.

Building Momentum:T Fulham are looking to win consecutive Premier League home games for the first time since April of 2013.

Head to Head:T These two sides last met in August of 2018 when Tottenham won 3-1.

There’s a 39.5 percent chance Tottenham win this match in regulation. They win over 67 percent of AccuScore sims, with an average margin of victory of +1.42 goals.

Tottenham winning is a 4-star (out of four) AccuScore hot trend pick.