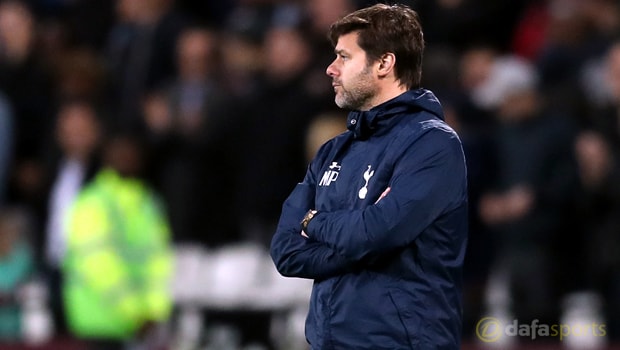 Mauricio Pochettino admits Tottenham cannot afford to pay some of the big wages offered by their Premier league rivals.

Spurs have enjoyed another successful season under the tutelage of their Argentine coach, as they are guaranteed to finish second in the Premier League standings, their highest top-flight finish since 1963.

The North Londoners will also compete in next season’s Champions League for the second successive season.

However, despite their current standing in the English game, Pochettino admits his side cannot compete with the financial muscle of the likes of Chelsea, Manchester United and Manchester City.

When asked if Spurs would avoid entering into bidding wars with those clubs in the off-season, Pochettino replied: “Of course. You know better than me it is so difficult.

“We talk about ‘if Tottenham are in the Champions League, it will be more attractive.’

But then it’s all about if you pay or not when we talk about top players.

“We have unbelievable facilities, but if some club is paying double the salary, then how can you convince them? We cannot lie to you. That is the reality.”

Pochettino concedes his side may have to take calculated risks on younger players in the transfer market, just like they did when they signed Dele Alli in 2015.

“You need younger players, like Dele Alli, who preferred to come here than another club,” Pochettino added.

“We took a big risk on Dele Alli and now he is a massive player, one of the most important in England. But who took the risk? Us.”

Spurs will round off their 2016-17 campaign with away matches against Leicester on Thursday and then already-relegated Hull three days later.