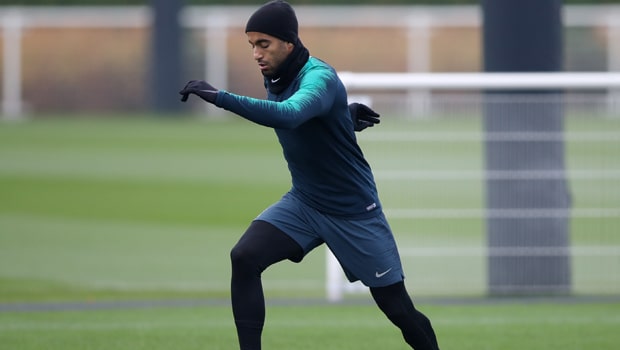 Lucas Moura is adamant Tottenham have enough quality in their squad to break Manchester City’s English dominance and win the Premier League title for the first time in the club’s history.

Tottenham have been getting closer to landing their first-ever Premier League crown with their last three top-flight finishes reading third-second-third.

Argentine tactician Mauricio Pochettino has transformed Spurs into genuine contenders but they have lacked that bit of magic when required to go that extra step on both the domestic and European stage.

Seven wins from the last eight league matches has seen the London outfit climb to third in the table and they are five points adrift of leaders City ahead of the weekend’s fixtures.

After struggling to make a big impact when arriving from Paris Saint-Germain in January, Brazil international Moura has upped his game this season and has scored four goals from 12 league appearances.

When asked about Spurs’ chances of winning the Premier League, the 26-year-old said: “I believe. It’s very, very difficult, I know.

I don’t know when, one or two years ago, but Leicester won the Premier League. So I think we are very good and we can do this.

“In football, we never know what will happen. That’s why football is so beautiful and a lot of people love football. So we need to believe, we need to work hard and enjoy each opportunity that we have.”

Next up for Tottenham is a north London derby against Arsenal on Sunday at the Emirates and the hosts are 2.50 favourites to win, whilst a draw is priced at 3.50 and the visitors are a 2.70 chance.