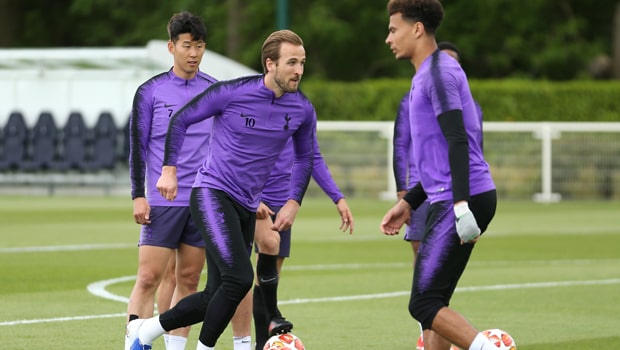 Harry Kane says he is ‘ready’ to play for Tottenham in Saturday’s Champions League final against Liverpool in Madrid.

The England captain suffered significant lateral ligament damage to his left ankle when he slipped in the quarter-final first leg against Manchester City in early April.

Kane has scored 24 goals in all competitions for Tottenham this season, though manager Mauricio Pochettino originally confessed he felt the striker would be out for the remainder of the season.

Spurs have taken their domestic campaign into June and Kane, this week named in the England squad for the Nations League finals, says he’s fit and ready for the Spanish showdown with Jurgen Klopp’s team.

“I feel good. There have been no problems so far,” said Kane.

“I started to feel my way back with the team at the end of last week. This week now is to get the fitness as high as possible.

“Then it’s down to the manager. The manager will assess it and decide whether I’m ready to go or not but, so far, I feel good and ready.”

Pochettino meanwhile has already stated that he must “prioritise the team” over his skipper when it comes to selecting his starters this weekend.

“I can’t say he’s 100 per-cent, whether he will be available or on the bench or out, but we are so happy and positive about his progression,” he said.

“It’s so important that he feels well and we see what happens. I’m very positive about his situation.

“Football is about team spirit, the collective and faith. Look how we got to the final. When Harry got injured it was in the quarter-finals and look what happened.”