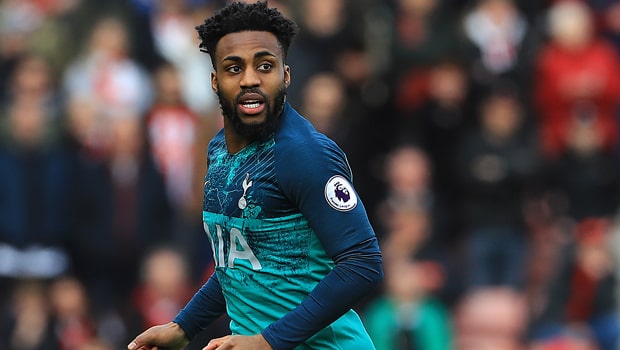 Danny Rose has branded Tottenham’s recent slump in form as ‘crazy’ and he concedes they face a battle to finish in the top-four of the Premier League.

Spurs were on the periphery of the title battle just a couple of weeks ago, but after picking up a solitary point from their last four league games, they are now looking nervously over their shoulders at the teams below them in the standings.

Indeed, Mauricio Pochettino’s side are now just a point clear of fourth-place Arsenal, while Manchester United and Chelsea are a further two and three points back respectively.

Tottenham also have a difficult looking run-in, as they must go away to title chasing Liverpool and Manchester City and full-back Rose admits their is an element of concern surrounding the North Londoners at the moment.

“It’s just crazy,” said Rose, who is currently away on international duty with England.

“The season is obviously not how it was looking three weeks ago, especially when you have got to travel to City and travel to Anfield. And, as well, as that there are no easy games in the league.”

There is some good news for Tottenham, who are priced at 1.53 to finish in the top four, as they are set to move into their new stadium next month, with the match against Crystal Palace on April 3 confirmed as being their opening game at the venue.

Rose certainly hopes that can give his side a boost heading into the business end of the campaign. “We know what’s at stake,” the 28-year-old added.

“It’s nice we have got some good news that we are going to be moving into our new stadium. I hope that can give us all a boost.”