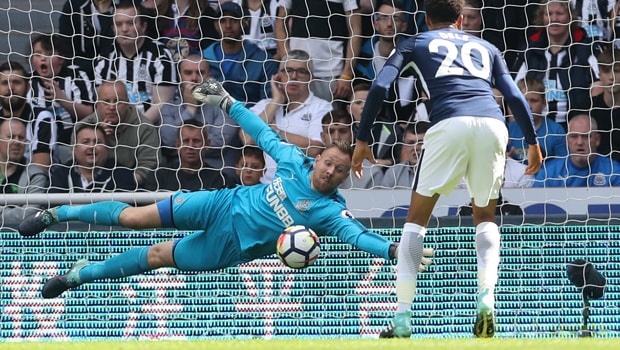 Newcastle United goalkeeper Rob Elliot admits he has been disappointed about the number of transfer stories surrounding the club at the start of the season.

The Magpies, 3.50 to be relegated, have lost their first two Premier League games to Tottenham and Huddersfield Town.

Newcastle won the Championship title last season on their way back up but coach Rafa Benitez has been disappointed with the amount of signings the club have made.

He had been rumoured to be contemplating his options but before the start of the season the Spaniard claimed he was committed to the cause at St James’ Park.

With the pressure on, Elliot believes the speculation is unfair to the current group of players who are working hard to secure their first win.

He told reporters: “With the stories flying around – (we) haven’t got enough, (we) have got enough – I don’t think it’s very fair on the squad.

“They did such a terrific job last year and we’ve brought in some good players.

We just wanted it to be about looking forward to the Premier League season, unfortunately it’s not been that.

“As a group we now have to stay strong and take that on board.

Playing for Newcastle isn’t like playing for other clubs; the pressure and the expectation that comes with it, you’ve got to be able to handle that to play for Newcastle.

“I think the lads have done and they’ve done brilliantly, and the new signings look good.

I think we just need to gel, get settled and push on for ourselves.”