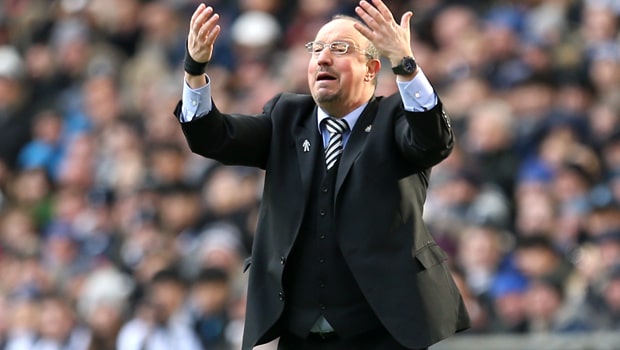 Rafa Benitez will welcome Crystal Palace to St James’ Park on Saturday as rumours persist he is on the verge of quitting Newcastle.

The 58-year-old has been in charge of the Magpies since March 2016 and has done a superb job, keeping them in the Premier League last season on a shoestring budget and it seems likely he will repeat the feat this time around.

The Tynesiders have garnered 35 points to date and another three against the Eagles would probably be enough to beat the drop for another campaign.

The Spaniard has worked in difficult circumstances, with owner Mike Ashley wanting to sell the club and unable to find a suitable buyer but Benitez has stayed loyal, even during one season in the Championship.

However, according to L’Equipe, the former Liverpool chief has now had enough and hired a Lyon-based sports agency in order to search for a new challenge in the French top flight next term.

He will be out of contract at the end of the season and nobody could blame him for walking away, having worked under a cloud of uncertainty for most of his tenure.

The report also states that the tactician held a meeting in Manchester on February 27 with a view to finding alternative employment from the summer onwards.

Newcastle want to keep hold of him and the fans would be gutted to see Benitez leave, with rumours that Lyon and Marseille would be two likely destinations.

Ever the professional, the ex-Real Madrid coach will doubtless play down the report and put it out of his mind for the visit of Roy Hodgson’s side, who are 3.00 to win the match, with Newcastle on offer at 2.50.