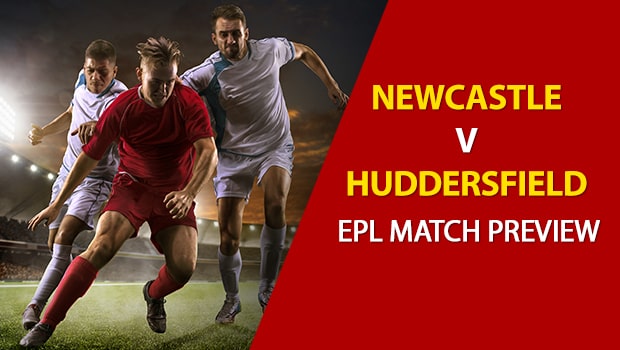 Newcastle get set to host Huddersfield Town at St James’ Park this Saturday. Newcastle will look to get back on track after going winless in their last two league outings.

Draw: There’s a 28.7 percent chance the match ends in a draw. There’s a draw in 18.7 percent of AccuScore sims, suggesting no added side value on the draw.

Last 6: Newcastle has 3 wins, 2 losses and 1 draw in their last six overall. Huddersfield Town have 5 wins, and 1 draw.

Own Goals: Both Newcastle and Huddersfield have just 1 own goal this season. Southampton, Watford and Wolverhampton lead the league — and not in a good way — with 3 own goals in the 2018-2019 campaign.

Aaron Mooy has a 16 percent chance to score for Huddersfield. Mooy averages 1.12 shots overall per sim, 0.4 shots on goal per and 0.18 goals per sim.

This is a 4-star (out of four) AccuScore hot trend pick. There’s a 54.5 percent chance Newcastle win this match in regulation by at least a 1-goal margin. They win 74 percent of AccuScore sims, with an average margin of victory of +1.6 goals.