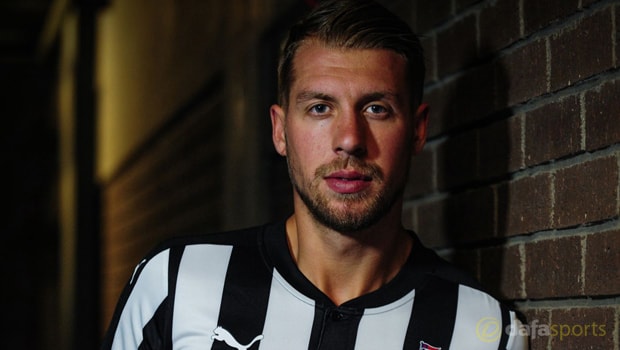 Newcastle have completed their second signing of the summer by bringing in defender Florian Lejeune from Eibar.

The Frenchman has put pen to paper on a five-year contract at St James’ Park, with the Magpies reportedly paying £8.7million to secure his services.

The 26-year-old, who had a brief spell at Manchester City earlier in his career, becomes Newcastle’s second signing since they returned to the Premier League, following in the footsteps of Christian Atsu, who turned his loan move from Chelsea into a permanent deal.

Lejeune admits is was an easy decision to join a club of Newcastle’s stature and is looking forward to working under the guidance of boss Rafael Benitez.

“When you have a manager like Rafa Benitez who wants you, you are very happy to come. Since I’ve been in touch with the manager, it was an easy decision for me to come here.”

Benitez is confident the centre back will quickly adapt to life in the Premier League and expects him to challenge the likes of Jamaal Lascelles, Ciaran Clark and Chancel Mbemba for a regular starting berth.

“If he settles well into English football then I am sure he will be a success and will give us a lot of competition in this area,” Benitez said.

Lejeune could make his Newcastle debut when the Magpies play host to Tottenham on the opening day of the season.