United’s confidence a source of pleasure for Jose Mourinho 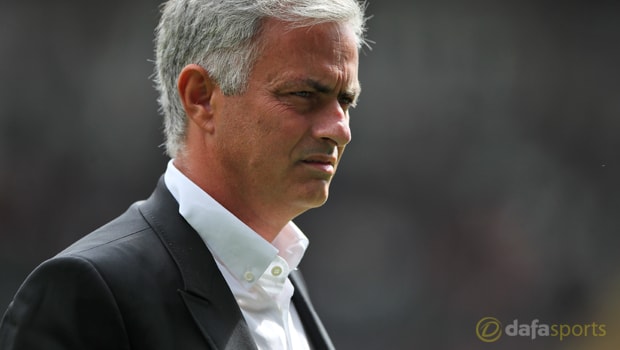 Jose Mourinho was purring after watching his Manchester United make it back-to-back 4-0 victories as they overcame Swansea at the Liberty Stadium.

The Red Devils boss hailed the control his team had over the game and insisted he was a relaxed man throughout, despite the points only becoming safe when Romelu Lukaku scored to make it 2-0 on 82 minutes.

Eric Bailly had put the visiting side in front just before half-time and, while United always maintained a strong grip on proceedings, they were forced to wait for their decisive second goal.

After Lukaku’s effort, Paul Pogba and Anthony Martial quickly netted to put a real gloss on the performance and it was one that left Mourinho very content.

“There was happiness in our play,” said the United boss. “There was no need to close the door.

“I felt in control, if you had a chance to look at me and my body language I think you could see that.”

It was another controlled performance from Man United after last week’s win over West Ham.

Once more, Nemanja Matic starred in giving his team a platform from which to go about their business but Mourinho singled out goalscorer Martial for special praise.

“They were waiting with class, calm and consistency for the moment to kill the game,” he added.

“Swansea played with five in the back and they had a moment when they felt they had to change and when they did we had more space and killed the game. “Anthony Martial is working hard. He is confident.

The French language connection is there to help him a lot and get to the level we know he can be because the potential is huge.”

Manchester United are now 3.25 to win the Premier League this season, behind neighbours City, the favourites at 2.38.