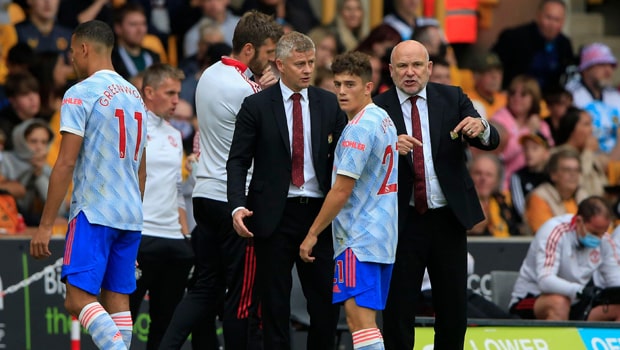 Ronaldo joined Manchester United on Friday on a two-year contract after initially being linked with Manchester City.

It is first time back at the club since leaving in 2009 for Real Madrid on a then record deal.

While Cristiano Ronaldo was missing from the squad list for the win at Molineux Stadium on Sunday, Solskjaer is excited about the addition of the 5-time Balon D’or winner to the team.

“I’m excited to keep building this squad. He will bring something completely different, Hopefully Cristiano can come in and show what he has done in his career. I am sure he likes all the talk about being old. Make it personal and he will show what he can do.” said the United boss.

Manchester United defeated Wolves 1-0 on Sunday with a single strike from Mason Greenwood in the 80th minute.

The goal from Mason Greenwood was reviewed for a foul on Ruben Neves by the VAR but the goal stood with ten minutes left to play.

It gives the Red Devils seven points from their first three matches of the season before they host Newcastle after the international break.

In other Premier League matches Chelsea were held to a 1-1 draw by Liverpool with Mohammed Salah’s penalty canceling Kai Havertz’s opener for Chelsea.

Manchester City had 3earlier on Saturday thrashed Arsenal 5-0 with the Gunners going ten-man down.

Ferran Torres scored a brace while Ilkay Gundogan, Gabriel Jesus and Rodri also got a goal each.

Son Heung-Min was the goalscorer in Tottenham’s 1-0 win over Watford at the White Hart Lane.

Burnley were held to a 1-1 draw by Leeds United on Sunday also.