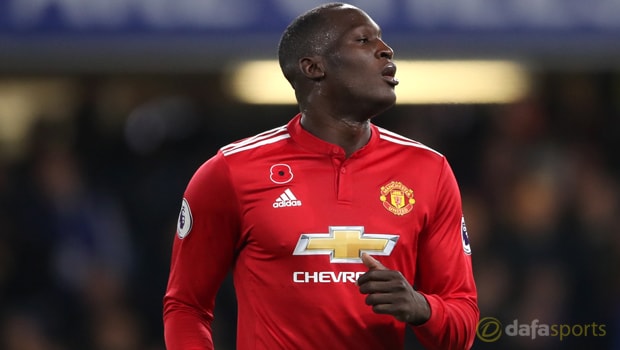 Romelu Lukaku is adamant Manchester United will start to rediscover their early season form and get the club’s title challenge back on track after slipping off the pace.

United started their Premier League campaign in sensational fashion but two defeats from the last three matches have left Jose Mourinho’s side eight points adrift of rivals City, who have racked up 31 points from a possible 33.

The Red Devils’ drop in form has coincided with a goal-drought for Belgium international Lukaku and the summer arrival from Everton has not netted in the league since the 4-0 win over Crystal Palace at the end of September.

But, the 24-year-old striker bounced back to form whilst on international duty when bagging a brace in the 3-3 friendly draw against Mexico on Friday night, equalling his country’s all-time leading goalscoring record.

The former Chelsea star is expected to feature in Tuesday’s friendly against Japan in Brugge before returning to league action against Newcastle United at Old Trafford on November 18.

Rafael Benitez’s men, who have lost their last two matches, are massive 12.00 outsiders to pick up the win, a draw is priced at 5.25 whilst the hosts are firm 1.30 favourites.

Lukaku admits United have been off the pace slightly in recent weeks but he is confident the team will return to winning ways, especially when some of the injured players return to full fitness.

“Lately we haven’t performed like we did at the start of the season,” he told Sky Sports. “We started by blowing teams away, being dominant and creating chances.

But in the last few weeks we didn’t play at the same level and that made it more difficult for me.

“That’s the sort of thing you have to go through in the season, but now there are players coming back from injury and hopefully, we can deliver performances even better than at the start of the season.”