Rashford Boost for Man United Ahead Of Europa League fixture 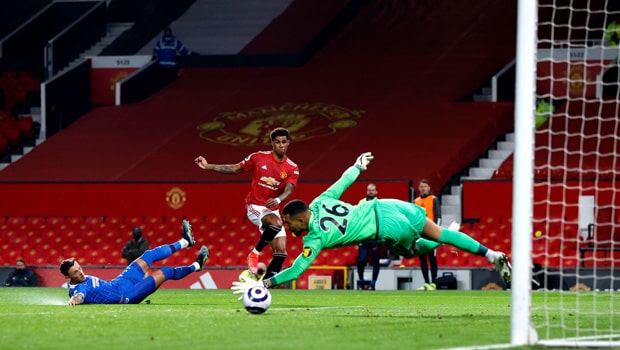 Manchester United have been handed a big boost ahead of their UEFA Europa League tie against Granada on Thursday. Recently, it was confirmed that English forward Marcus Rashford will be available for the Quarter-final first leg fixture.

Rashford was pulled off in an injury scare in Manchester United’s 2-1 win against Brighton on Sunday in the Premier League at the Old Trafford.

Marcus Rashford’s availability was confirmed by manager Ole Gunnar Solksjear on Wednesday confirmed that the player will be on the plane to Spain although he may not feature for the whole length of the match.

“We’ve just got to make a decision if he starts or is on the bench, I don’t think he’ll be a 90-minutes man,” Solksjear said.

Furthermore, Manchester United will be without Ivorian defender Eric Bailly as well as French forward Anthony Martial, with the former getting tested positive for Covid-19 and the latter nursing a knee injury.

Manchester United got past AC Milan in the round of 16 of the UEFA Europa League with a 2-1 aggregate win. The first leg ended 1-1 at Old Trafford before winning the second leg 1-0.

Meanwhile, in other fixtures on Thursday in the UEFA Europa League, North London Club Arsenal will face Slavia Praha in the first leg in England.

“We want to be in the semi-finals, and we know how important the game is for us,” said Arteta.

Ajax will host Roma in the Netherlands, and Villarreal will travel to Croatia to face Dinamo Zagreb.