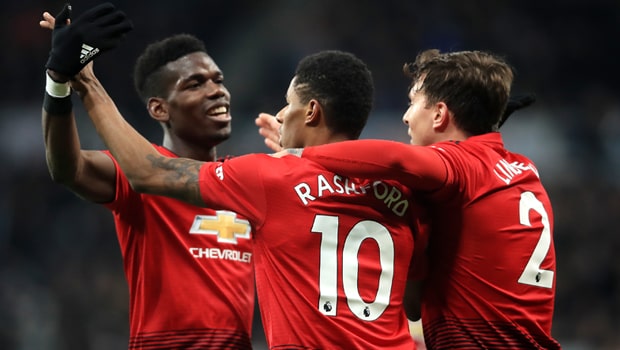 Manchester United boss Ole Gunnar Solskjaer has told Paul Pogba to be confident and not complacent in his play.

The French World Cup-winning ace has blossomed since Solskjaer took over the reins at Old Trafford last month from Jose Mourinho.

The relationship between Pogba and the Portuguese soured to the point where the club’s record signing was a bit-part player. Solskjaer immediately returned Pogba to the starting line-up and he has delivered goals and fine performances in the Norwegian’s six-game winning streak as manager.

The Red Devils caretaker boss is happy with what he is seeing, suggesting he likes a confident player that knows how to strike the right balance.

“Over-confident? No, you cannot be too confident,” Solskjaer said in relation to powerful midfielder.

“It’s complacency, it’s the other side of it. I want players to be confident, but not complacent and take their foot off the pedal because that’s a big difference for me.

“I’d say take people on – running, passing forward, getting the crowd with them – because that’s what it’s about.”

While he’s been given the job until the end of this season, the former United striker is making no secret of his desire to get the full-time role and he is clearly relishing his return to the club.

“I love it to be fair, and I have to say I look forward to getting up in the morning to start work again, I always do in football,” Solskjaer added.

Manchester United are now 3.00 to finish in the top four this season while they are 7.50 to beat Brighton 3-0 at Old Trafford on Saturday.