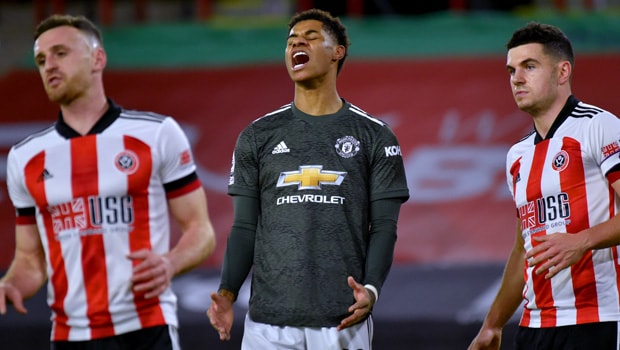 Sheffield United haven’t won a game this season in the Premier League, and the game looked set for a shock and first win for the blades when David McGoldrick gave the team an early lead in the 5th minute of the first half.

However, Marcus Rashford scored four minutes before the half-hour mark to put the Red Devils on level terms. Anthony Martial ensured that Manchester United led into the break with his goal in the 33rd minute to give United a 2-1 into the break.

Marcus Rashford then extended the lead immediately after the break-in 51 minutes to give United a 3-1 lead.

Ole Gunnar Solskjaer’s men then had a very frantic end to the game when McGoldrick scored his second goal for the home side in the 87th minute.

The win returned the Red Devils to winning ways after a 0-0 draw against Manchester City in the Manchester derby last weekend.

The result condemned the home side to another loss as they have only one point from 13 games played this season.

Meanwhile, Manchester United is in 6th position with 23 points from 13 games played while the Blades are bottom of the log with a point and 9 points away from safety.

United will face Leeds United at home at the Old Trafford on Sunday while Sheffield will be away against Brighton.

In the only other Premier League game played on Thursday evening, Aston Villa and Burnley played out a 0-0 draw at Villa Park.

The draw gives Sean Dyche’s men a lift out of the drop zone into 17 with 10 points, one more than Fulham, who drops into the bottom three.

Aston Villa is in the bottom half of the table in 11th position with 19 points.