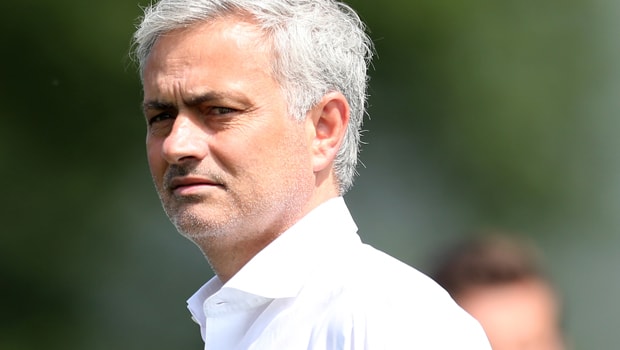 Manchester United manager Jose Mourinho wants to put a turbulent pre-season firmly in the past and insists now it is time for the “serious stuff”.

The Red Devils were left without many of their senior players during pre-season due to their exploits at the World Cup this summer.

Many of Mourinho’s stars only reported for training on Monday and he confirmed last month they won’t make up part of his squad for Friday’s opening Premier League engagement with Leicester.

Mourinho has also been vocal in his frustration in the transfer market after failing to bring in a number of key targets.

United were hoping to strengthen defensively but they were unsuccessful in their attempts to sign the likes of Toby Alderweireld, Harry Maguire, Yerry Mina or Diego Godin.

The Portuguese is hoping that the start of the new campaign brings about more positivity and he insists they will scrap for every point.

“You have to try your best to get points and even with the difficulties that we had with our pre-season, now I don’t think is the time to be speaking about that.

It’s time just to say, ‘Tomorrow we have a Premier League match and we have to play to win it’.”