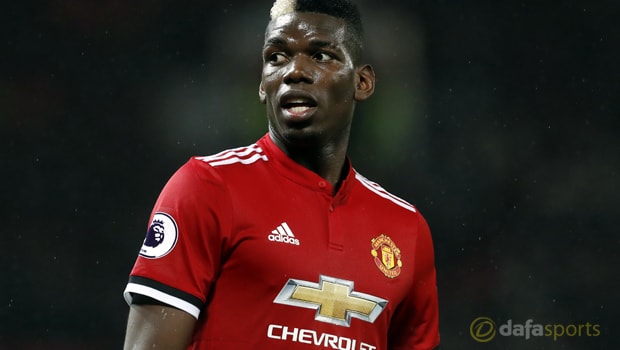 Manchester United manager Jose Mourinho says he does not know if midfielder Paul Pogba will be fit for the Champions League clash with Sevilla on Tuesday.

The Frenchman was a late withdrawal from the Red Devils squad for Saturday’s clash with Liverpool, which United eventually won 2-1.

He played against Crystal Palace last week in the Premier League but Mourinho reshuffled his pack after the former Juventus man picked up an injury in training.

Mourinho admits he did not appear in discomfort on Saturday but he is yet to decide if Pogba can feature in the last-16 tie.

He told reporters: “I don’t know. He’s downstairs now and I will go and speak with him. The injury? It was contact with a player in the last minute of the training session [on Friday].

“If I finished the session one minute before it wouldn’t have happened.”

Pogba will be hoping he can recover in time for the FA Cup clash with Brighton on Saturday.

Mourinho admits he was pleased to see his side overcome the Reds but he admits the Sevilla and Brighton games are more important.

He added: “Seville and Brighton are more important games than Liverpool.

“Liverpool is Liverpool, it is a big match, it is a match against a direct competition for the top four, but nothing is decided yet.

“But Seville and Brighton are ‘die or live’ games so the next two are much more important than this one.”