Lingard willing to leave Manchester United in the summer 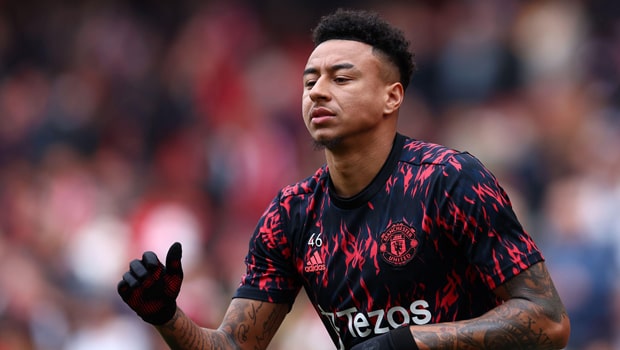 Jesse Lingard could leave the Old Trafford in the summer once his contract expires with the Reds after growing increasingly frustrated with his situation at the club.

The 29-year-old has been linked with moves in the past three transfer windows. In January, Lingard was linked with a move to Newcastle United, but the relegation problems the club was in at that point discouraged him.

He has also been linked with Paris Saint-Germain, Juventus, and AC Milan, while Manchester United doesn’t want him near a Premier League rival.

The midfielder is eyeing a spot at the 2022 FIFA World Cup in Qatar with the Three Lions after missing the Euro 2020. He had a great loan stint with West Ham United, but it wasn’t enough to see him secure a place in the Three Lions teams that got to the final.

The 29-year-old has 32 appearances for the Three Lions and has hoped to rack up more appearances with more playtime at Old Trafford.

Former manager Ole Gunnar Solskjaer and Ralf Rangnick had promised the midfielder of more playing time at Old Trafford, but he has only started two matches in the Premier League this season.

His last appearance for him was the 3-1 defeat at Arsenal at Emirates Stadium but was left out on the bench for the game at home to Brentford, where the Red Devils won 3-0 with Ronaldo, Bruno Fernandes, and Varane on the scoresheet.

United now have two more matches left in the season against Brighton and Crystal Palace on the final day. Manchester United have played 36 games in the Premier League, with two more games for the Red Devils. They played two games more than the other teams in the top four places, and with 58 points from 36 games, their chances of making the UEFA Champions League places are slim.