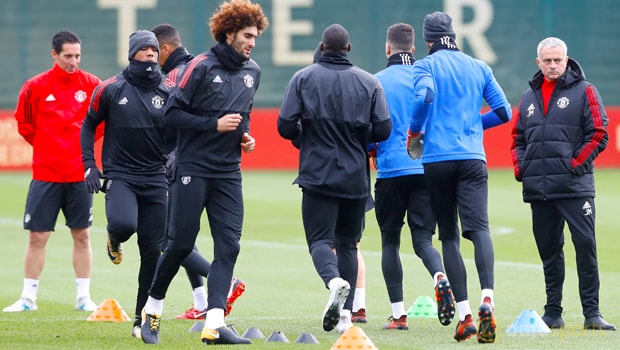 Jose Mourinho has bemoaned Manchester United’s poor finishing following their 1-0 defeat to Basel in the Champions League on Wednesday.

The Red Devils went into the contest at St. Jakob-Park needing just a point to book their place in the knockout stages and they dominated the opening 45 minutes, but were unable to turn pressure into goals.

United were made to pay when Michael Lang netted an 89th-minute winner for the Swiss champions to boost their chances of progressing through to the last 16.

Mourinho was clearly frustrated and admitted after the match that the Red Devils should have had the three points sewn up by half-time.

“We lost because we should have been 5-0 up at half-time and could not score after being so dominant,” Mourinho told BT Sport.

“We were in an easy way for many periods – it looked almost impossible not to win.

“But experience tells you that when you miss so many chances you put yourself in this position.

In the second half, maybe we think the position at 0-0 was okay but then they score the last minute.”

Mourinho’s men must now secure at least a point in their final group match, a home clash with CSKA Moscow, to book their place in the knockout stages although before then they face crucial Premier League fixtures against Brighton, Watford and Arsenal.

First up for the Red Devils is a home clash with Brighton on Saturday and they are priced at 1.20 to secure all three points. The Seagulls are available at 15.00 and the draw is on offer 6.50.