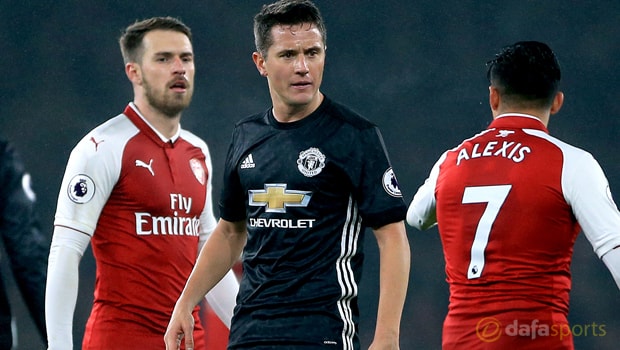 Ander Herrera believes Manchester United are on the verge of hitting their best form after an impressive performance against Arsenal on Saturday.

The Spaniard has had to settle for a reduced role in the squad this season following the acquisition of Nemanja Matic from Chelsea over the summer, but he did make an appearance from the bench at the Emirates as United ran out 3-1 winners.

Jesse Lingard found the back of the net twice in north London, while Antonio Valencia also chipped in, and David De Gea put in an incredible display between the sticks to keep Arsenal at bay.

Herrera insists the squad will welcome City to the Theatre of Dreams full of optimism and believes they are about to hit their best form just at the right time as fixtures begin to pile up throughout December.

”We are going to find our best moment very soon,“ Herrera told the club’s website.

”We are second and chasing to be top of the table.

”It was a fantastic result (at Arsenal) with some great performances. David was amazing, and we were clinical in the first half, with two chances in the first 15 minutes and two goals.

“Jesse is on fire now, Paul (Pogba) as well, it’s a pity he got a red card. Romelu (Lukaku) didn’t score but he helped us a lot.

The centre-backs – Victor (Lindelof) is in fantastic form right now. So we are optimistic of course.”