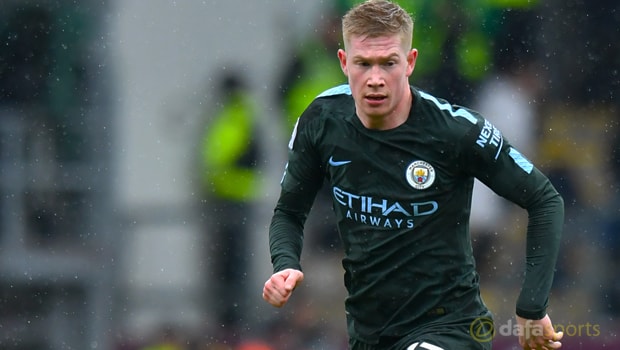 Kevin De Bruyne admits he is starting to feel the effects of what has been an impressive season so far for Manchester City.

The Citizens remain in the hunt to win four major trophies this term, as they are 13 points clear at the top of the Premier League standings and are through to the final of the Carabao Cup, while they are also still going strong in both the FA Cup and Champions League.

Belgium international De Bruyne has been a key figure in that run of success, featuring in all but three of City’s 39 games to date, although he admits the rigours of the season are starting to take their toll on the entire squad, particularly during Saturday’s 1-1 draw at Burnley.

“I was feeling it from the first minute [of the Burnley game],” De Bruyne said.

City are set to remain busy over the final months of the season, although they are not back in action until they face Leicester in the Premier League on Saturday.

Boss Pep Guardiola has decided to give all of his squad three days off this week to recharge their batteries and De Bruyne believes that break is certainly necessary.

City will be hoping to be refreshed when they take on Leicester and they are priced at 1.25 to secure all three from the Etihad Stadium, while the Foxes are available at 11.00 and the draw is on offer at 6.50.