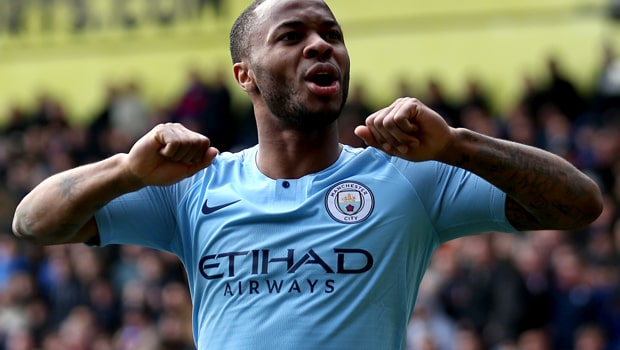 Manchester City star Raheem Sterling says he anticipates a tough game at Brighton on Sunday, but is looking forward to it.

A wondrous goal from captain Vincent Kompany on Monday evening meant that City won their final home match of the season and go into Sunday’s game at Brighton in charge of their own destiny in the Premier League title race.

City are expected to do the job comfortably over Chris Hughton’s men, with no jeopardy on the game for Seagulls, who sealed safety last weekend without kicking a ball following Cardiff’s defeat.

Should City slip up though, Liverpool could pounce to win their first Premier League title and first top-flight crown since 1990.

Sterling has enjoyed a wonderful season on a personal note and crowned it off by winning the Football Writers’ Player of the Year award.

Speaking after picking up the prize, he admitted to relishing the task of picking up his second straight title, but says they must be wary of a potentially tough afternoon.

“We know how big an occasion it is,” Sterling said. “But I’d much rather be on our side, to know if we win the game, it’s ours.

“It will be a tough day, that’s for sure. We know Brighton won’t just sit there and let us score goals. “They’re safe and it is going to be a really tough day, to be honest with you, but it is one I am really looking forward to.”