Pitch not a concern for Aymeric Laporte 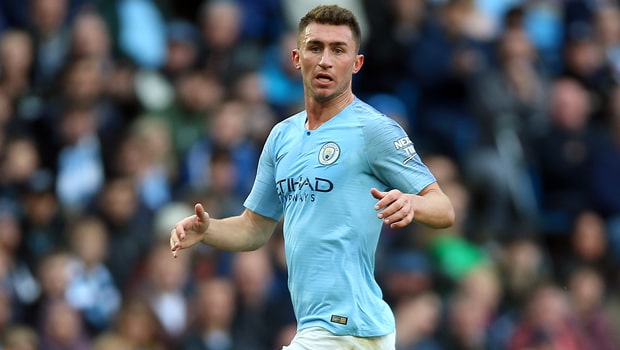 The Premier League encounter will take place the day after an NFL match between the Jacksonville Jaguars and the Philadelphia Eagles is played on the same surface, and concerns have been raised about what state the pitch will be in.

However, former France Under-21 international Laporte, who has missed just one of the club’s 14 games in all competitions, the Carabao Cup win at Oxford, believes the surface will be good.

“I don’t think it will affect us. We will concentrate on ourselves and that is the most important thing. The pitch is the same for both teams,” he said.

“It will be a difficult match for us. All the matches in the Premier League and the Champions League are difficult.”

City will be looking to move back to the top of the Premier League with a victory after Liverpool reached the summit on Saturday following a 4-1 thrashing of Cardiff City at Anfield.

The Citizens’ superior goal difference means any win will do and the defending champions head into the game in fine form, having won six of their last seven matches in all competitions.

Pep Guardiola’s men are 1.70 favourites to come away with all three points, a draw is priced at 4.00 whilst Spurs are the 4.75 outsiders to land their eighth league win of the season.

Tottenham have lost 10 of the most recent 15 league meetings against City, including both last season, whilst this fixture has produced a Premier League-high 59 goals in 14 matches since the beginning of 2011-12.