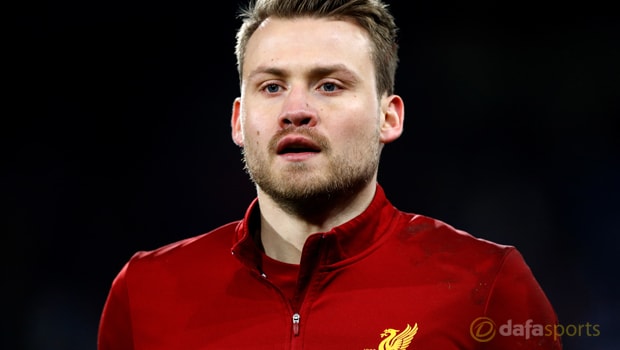 Simon Mignolet insists he has no intention of leaving Liverpool despite losing his first-team place to Loris Karius over recent months.

The Belgium international goalkeeper has not featured for the Reds’ first team since their 3-2 defeat to West Brom in the FA Cup at the end of January, with boss Jurgen Klopp preferring to stick with Karius after the two players rotated during the first half of the season.

Mignolet, who joined Liverpool from Sunderland during the summer of 2013, admits it is not easy being out of the first-team picture, but he is working hard to try and force his was back into the side.

When asked if he was considering transfer, Mignolet said: “No, always the only thing you try to do is prove every time in training you are ready for when the chance comes along.

“It is never easy of course because I have never in my career spent time on the bench, but it is how it is and the only thing you can do is try to change it but it is never easy.”

The likes of Celtic, Napoli and Newcastle have been linked with a making a summer move for the 30-year-old, but he insists he has no intention of handing in a transfer request at Anfield.

“I’ve had a few conversations with the manager already and we have spoken about numerous things,” Mignolet added.

“I’m always open and he’s always open, you know how he is, but at this time it is not the time and place to do that”.

It remains to be seen whether Mignolet will see any first-team action between now and the end of the season, with the Reds set to visit Crystal Palace in their next Premier League match on March 31.

Liverpool are priced at 1.44 to win that encounter, while Palace are available at 7.00 and the draw is on offer at 4.75.