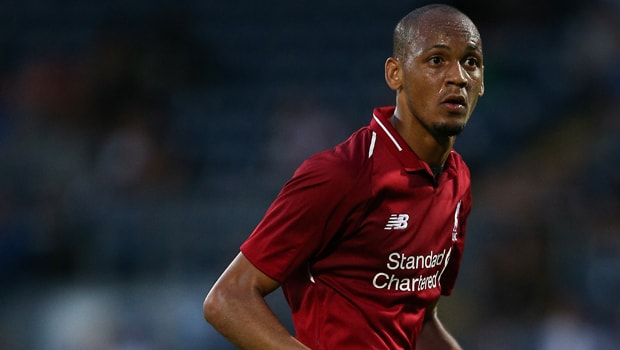 Liverpool midfielder Fabinho insists he moved to Anfield to win trophies and is determined to match the club’s ambitions after his move earlier this summer.

The Brazilian left Ligue 1 side Monaco for £43.7million in May and he put pen to paper on a four-year deal.

Fabinho is expected to start the Premier League opener with West Ham but he will compete alongside Jordan Henderson, Naby Keita and Georginio Wijnaldum for a regular starting berth over the season.

Liverpool are hoping to close the gap on last year’s title winners Manchester City and Fabinho admits he has been impressed by their progress during pre-season.

The Reds lost the EFL Cup final to the Citizens as well as tasting defeat in the Champions League final to Real Madrid but Fabinho believes their luck will soon change.

He told Sky Sports: “When the opportunity came about to join Liverpool, I spoke to the coach and that gave me the certainty that it was the right decision which has been confirmed by being here.

“I’d been at Monaco for many years, and I believe it was time for a change. I wanted to move to a massive club with ambition that are fighting for titles. It was between the English league and the Spanish league.

“This is a massive club, and if this is not the best league in the world, it’s one of the two biggest championships in the world.

“We are looking very strong. The preparations have been great and looking at all the elements, not just the first team, we have a great squad. We will be fighting for the title.”

Liverpool remain second favourites for the Premier League title and they are priced at 4.50 to lift the trophy.