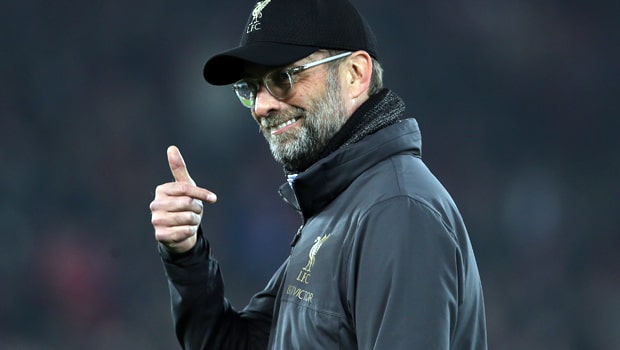 Liverpool boss Jurgen Klopp says he is more than happy to win ‘ugly’ after seeing his side return to the top of the Premier League thanks to their 2-1 win over Tottenham at Anfield on Sunday.

The Reds initially took the lead during the first half thanks to a header from Roberto Firmino, but Lucas Moura levelled the scores with 20 minutes remaining and Spurs missed a number of chances to edge in front late on.

Indeed, it looked like Liverpool, who are priced at 2.88 to be crowned champions, were destined to drop points in the title race until a 90th-minute own goal from Toby Alderweireld helped them salvage what was their third-straight league win.

The victory also saw the Merseysiders move back to the top of the standings and two points clear of Manchester City – although the Citizens do have a game in hand which will come against Cardiff on Wednesday night.

Klopp was certainly relieved to keep the pressure on City with and he was more than happy to seal the three points in an ‘ugly’ fashion.

He told Sky Sports: “I said to the lads there are 500 ways to win a football game and today was slightly ugly. Who cares in the end? Who cares? That’s the situation.”

The German also feels Liverpool are competing for the title with a City side that are the best in the world and it would be a ‘fairy tale’ achievement if they were to go on and claim their first top-flight crown in 29 years.

“We compete with the best team in the world, in Man City, and we play in the competition against one of the best teams in the world in Tottenham! Haha! It is a tough task I would say,” Klopp added.

“If at the end of the season we would be first, it must be kind of a fairy tale, miracle, whatever.”