Jurgen Klopp: Reds have no chance defending like that 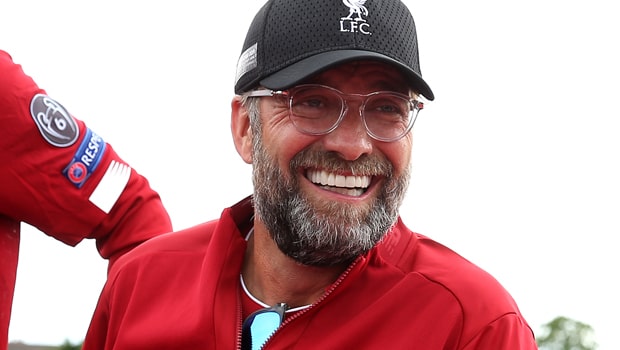 Jurgen Klopp suggests Liverpool will have ‘no chance’ of taking Manchester City’s perch this season if they defend as they did in a 3-0 pre-season loss again Napoli on Sunday.

The Reds were thumped by the Serie A side at Edinburgh’s Murrayfield Stadium on Sunday and Klopp’s side have now gone four pre-season games without a win. With the Community Shield against Pep Guardiola’s team less than a week away, Klopp has his issues to iron out.

The European champions will not cause City any bother unless they get their defensive act together, with Klopp adamant the Premier League winners remain the benchmark.

“We didn’t defend counter-attacks well yesterday, we lost the ball in the wrong moments, and if that happens against Manchester City then you don’t have a chance,” said Klopp.

“What I’ve seen so far, City look good. Apart from Sergio Aguero I think all the players have been in. “It’s the same as last season, Manchester City is the most difficult game to play during a season.”

Klopp will welcome Sadio Mane back to training today, though he is not expected to play any part against City at Wembley on Sunday after his involvement in the Africa Cup of Nations final recently. The Liverpool manager isn’t getting wound up about results in pre-season, he says.

“Good results in the pre-season help to build confidence but that’s not the most important thing,” Klopp added.

“The most important thing is that you build the physical skills for a long, long season because we have to, pretty much, prepare only for the games. There’s not a lot of time to train.”

Liverpool are 3.40 to win the Premier League this season, with Man City hot favourites for three-in-a-row at 1.53.