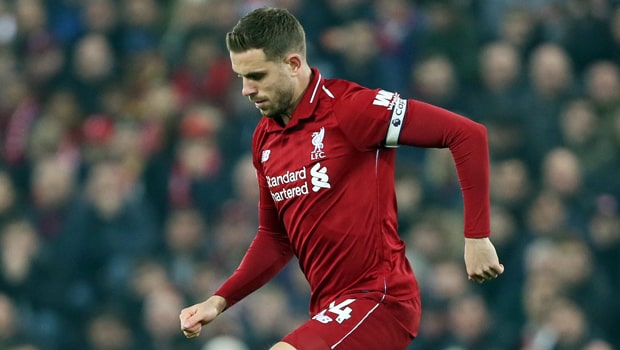 Liverpool captain Jordan Henderson admits the near-misses in his career are providing extra motivation to end 2018-19 with some silverware.

The Reds snapped up Henderson for a fee in the region of £16million in the summer of 2011 after impressing as a youngster with Sunderland.

He has proven to be a good buy and already boasts over 300 appearances across all competitions, having also assumed the role of captain following the departure of club legend Steven Gerrard.

But the England international has only tasted success in terms of silverware on one occasion during his time at Anfield.

Liverpool, who are priced at 3.20 to win the Premier League, lifted the League Cup in 2012 and have since failed to get over the line in major competition despite reaching four finals.

Henderson has also suffered the same fate at international level after reaching the last four at the 2018 World Cup in Russia.

The 28-year-old has a fantastic opportunity to end his trophy doubt this term, with Liverpool currently leading the way in the Premier League, while they are also into the last eight of the Champions League.

The midfielder insists the nea- misses in his career have made him even hungrier to claim silverware and he wants to see Liverpool take that “final step” in 2018-19.

Henderson told Liverpool’s official website: “It gives you even more motivation to then keep going, keep wanting to be in that position again to make it right, and go that final step, really.

“It’s definitely an extra motivation that I use. Maybe I had a little taste of it playing in finals but I haven’t really managed to win the big trophies, and that’s the next step.