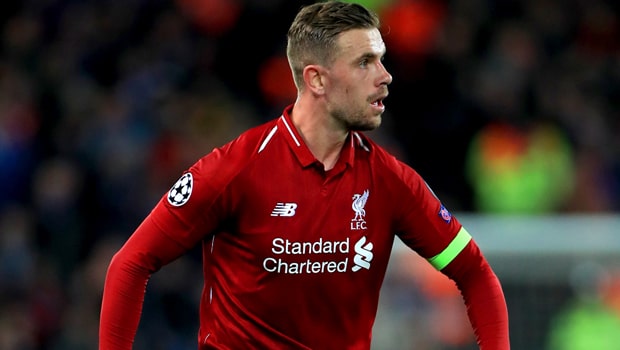 Liverpool skipper Jordan Henderson is relishing his opportunity to be an attacking force for his team in the title run-in.

The Englishman had a recent heart-to-heart with boss Jurgen Klopp in which he laid out his desire to play further forward in the team.

With summer signing Fabinho having found his feet and excelling as the deep-lying midfielder, a role in which Henderson has also been used in to good effect under Klopp, he felt the time was right to push on.

He duly scored his first goal in almost 18 months at Southampton in a vital Premier League win last weekend and played a key role in the second goal against Porto in the midweek Champions League win. Chelsea are next up at Anfield on Sunday and Henderson is buzzing over his new found proximity to goal.

“I don’t think the manager had thought about it too much until I mentioned it to him,” said Henderson.

“Me and the gaffer just had a conversation. Obviously he had seen the England games and I felt good playing in that position.I suppose when I spoke to the manager, it was (to say) that I do feel more natural in that position: I played there for a long time, I was sort of a box-to-box midfielder when the manager first came.”

With the Reds potentially closing is on a first title in 29 years, Henderson will do whatever he is asked between now and the end of the season.

“I can do both positions and he sees that I can do both. It’s basically what he wants and he needs from the team,” he added.

“I want to keep contributing to the team. When I play the deeper position my role changes and I try to do different things and I can’t affect it as much in the final third.”

Liverpool are 1.67 to beat Chelsea at Anfield on Sunday, with the Blues priced at 5.25 to repeat their 2014 feat of puncturing the title ambitions of their Merseyside hosts.