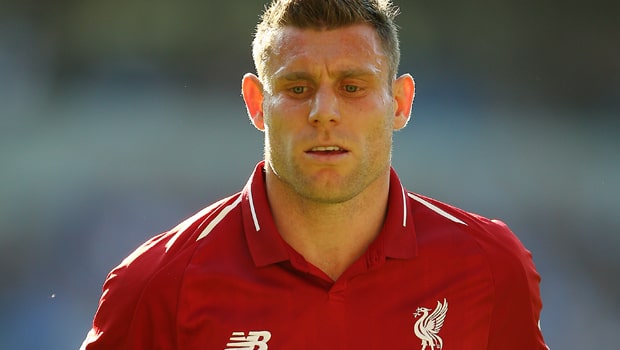 James Milner believes Liverpool deserve some silverware this season after performing so well in the last nine months.

Jurgen Klopp’s team finished second in the Premier League table, one point behind champions Manchester City, after losing just one of their 38 matches.

Milner accepts that to miss out on the domestic title has been extremely disappointing but is keen to bounce back on June 1 when Liverpool take on Tottenham at Atletico Madrid’s Estadio Metropolitano in the Champions League final.

The Reds reached the Champions League final by beating Barcelona 4-0 at Anfield last week in the second leg of their semi-final clash as they sealed a dramatic 4-3 aggregate success, while Spurs also came from three goals behind to defeat Ajax.

Milner said: “When you think of 30 wins out of 38, at the start of the season you’d like to think that’s good enough. But obviously that shows how good Man City are as well. It’s disappointing.

“We have to be proud of what we’ve achieved although unfortunately it’s just short.

“Obviously what we did against Barcelona gives us a chance to go and redeem ourselves and get a piece of silverware because I think everyone deserves a bit of silverware. I think the team especially, these boys, how they grind out results.”

Liverpool have won the European Cup on five occasions, most recently in 2004/05, while Spurs are making their first appearance in the final.