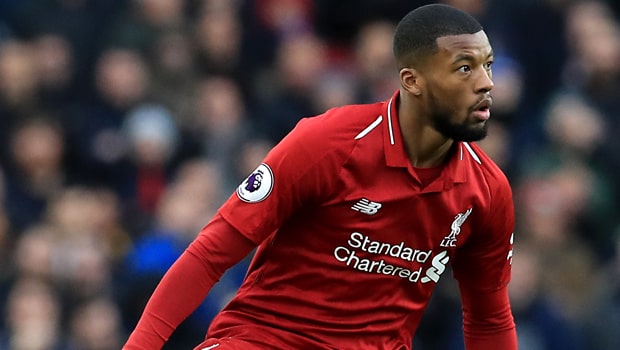 Georginio Wijnaldum says it would be “stupid” if Liverpool don’t think they will be crowned Premier League champions this season but admits they must focus all the way to the end.

As things stand, Liverpool are on course for their first ever Premier League title as they sit top of the pile with 57 points from 22 games, four points clear of defending champions Manchester City in second.

With third-placed Tottenham Hotspur nine points behind the table-toppers – and reeling after learning star striker Harry Kane will be out until early March – it looks like it will be a two-horse race for the rest of the campaign.

The Reds are in a strong position and supporters will have been happy to see their side bounce back from two successive defeats – in the league and FA Cup – with a hard-fought 1-0 victory against Brighton at the Amex Stadium last time out.

However, Liverpool will be cautious of thinking too far ahead as they are the only team in Premier League history not to go on to win the title when sitting first at Christmas, having suffered that fate in 2008/09 and 2013/14.

But despite history not being on the Reds’ side, Netherlands international Wijnaldum says it would be wrong if his team-mates were not having thoughts about lifting the coveted trophy in May.

“I think it would be stupid if I said ‘no’ [I don’t think we will win],” he told Sky Sports. “If you ask people from Manchester City ‘will they be champions?’, they’ll say ‘yes’.

Liverpool welcome Crystal Palace to Anfield on Saturday and the hosts are 1.20 favourites to win the match, whilst a draw is priced at 7.00 and the Eagles are 15.00 outsiders.