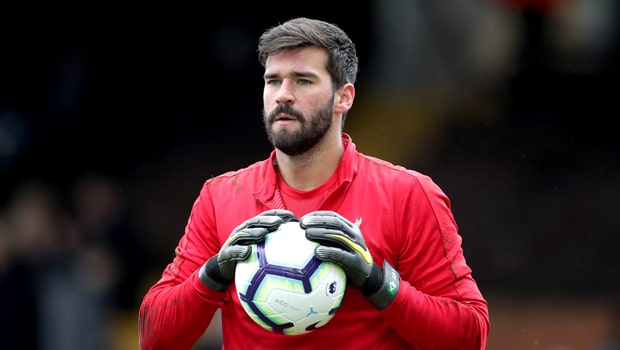 Liverpool goalkeeper Alisson says he is hungrier than ever to succeed at the club after last year’s Champions League success.

The 26-year-old enjoyed a stellar first 12 months at Anfield, making 38 Premier League appearances under Jurgen Klopp. After moving from Roma for £67million, Alisson won the Champions League and Copa America title but fell short in the Premier League title race.

That honour went to Manchester City, but the 26-year-old is ready to go one step further during the 2019-20 campaign. Liverpool missed out on the league title by just one point but Alisson says he and the squad are ready to end the club’s wait for another league crown.

“To win two titles, two big titles, during the season was great for me. I hope this season – and I will work this season – to make it more,” he told Liverpool’s official website. “I’m very happy to be back.

I had nice holidays with the family, spending time with my family and friends, but I was missing the pitch, the lads, the staff, everyone. “Now I am looking forward to coming back to play and starting to work again. “[As a team] we are excited, but we have to keep our feet on the ground, just as we did last season. We want to try for everything this season, so we need to work.

“The level of the football is high and similar at every club, so we need to work hard to achieve the same things and achieve even more this season.” Alisson also won both the Premier League and Champions League Golden Glove with Liverpool and the same award with Brazil in the summer.

City remain 1.53 favourites to win the league title, while the value is with Liverpool at odds of 3.50.