Posted by Fred McKinley on September 8, 2017 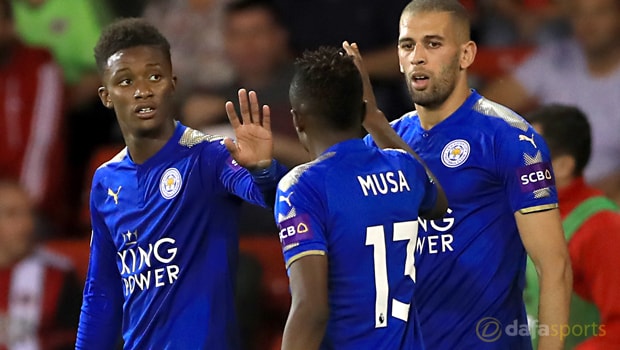 Leicester winger Demarai Gray insists he is ready to get his head down and work hard after revealing he is frustrated with his opportunities.

The 21-year-old joined Leicester, who are priced at 13.00 to be relegated, from Birmingham for a reported £3.7million in January 2016 after agreeing a four-and-a-half-year contract.

Gray picked up a Premier League winner’s medal during his first campaign with the Foxes as he featured 12 times, however 11 of the games came from the bench.

The England Under-21 international remained part of the first-team picture with Leicester last season, earning 30 Premier League appearances, but was restricted to just nine starts.

The winger, who was heavily linked with a move away this summer, has come off the bench in each of Leicester’s three Premier League games this term and he admits he is growing frustrated.

Gray revealed that he has held talks with Craig Shakespeare and insists he will work hard to try and force his way into the starting XI on a more consistent basis.

“I am not happy with the amount of football I am playing. I respect the manager [Craig Shakespeare] and he picks his team,” Gray said.

“But I want to play as much as possible in the Premier League and at the moment that is not the case.

“I have just have to get my head down and get on with it and come off the bench or whatever, play well in a cup game and give the manager a headache.

“But I just get so frustrated when I don’t play and the manager knows I just want to play.”