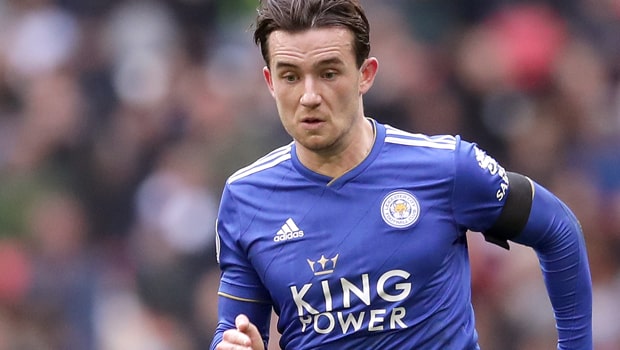 Leicester City goalkeeper Kasper Schmeichel has piled praise on team-mate Ben Chilwell as the Foxes prepare to take on Tottenham.

The 22-year-old has enjoyed a fantastic 18 months at the King Power Stadium, breaking into the first team as well as earning himself a first England call-up.

Chilwell is now the first-choice left-back at Leicester, with Christian Fuchs now beneath him in the pecking order as he prepares to leave the club in the summer.

Chilwell is the leading candidate for Leicester’s player of the season and Schmeichel has described him as a “freak of nature”.

He told the Leicester Mercury: “Chilly is one of (those) freak of nature athletes, there isn’t a lot he can’t do. He can’t shoot with his right foot though, but apart from that he can do basically anything.

“For me, watching Chilly come through the academy, he is a level-headed guy and a very modest guy, down to earth, which is nice to see these days. If he keeps going with the same attitude he will reach the top.

“He is one of those players who are very inquisitive. He asks a lot of questions. Sometimes they sound a bit funny but it is good and refreshing to have a youngster who is really interested in learning their position.

“He speaks a lot to Christian Fuchs because he wants to be the best he can be and it is great to see.”

Leicester are underdogs for Sunday’s trip to Wembley, but Claude Puel’s men are 11.00 to win and both teams to score.