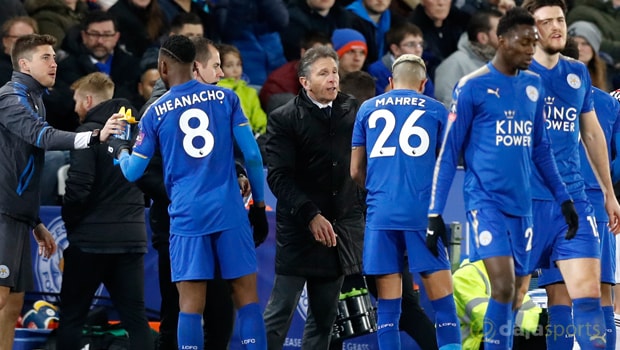 The Foxes have lost the likes of Danny Drinkwater and N’Golo Kante since winning the Premier League title in 2016 while Riyad Mahrez was keen on sealing a move to Manchester City during last month’s transfer window.

Harry Maguire is another player that has been linked with a move although he confirmed earlier this week that he has no intention of leaving the Foxes.

Puel believes the club can match the ambitions of all their star men going forward. “It is a good example with Harry, with other players in our team,” said Puel.

“He believes in our work, his work with Leicester, and I hope we can continue to develop the club and to be higher up in the table.

“It is a long process but also an exciting process. I hope we can give him and other players more possibility to play higher up in the table.”

Puel is convinced Leicester can develop into a club that can keep hold of their best players even if they attract substantial interest from elsewhere.

“If we can have good results, if we can continue to develop the players, then clubs can have interest in our players,” he added.

“But if the players like the play, the fans, the club and, most importantly, they feel the club is continuing to make progress, to improve, they can have good ambition with the club.”

Leicester currently sit eighth in the Premier League standings and are next in action when they host Stoke on Saturday.