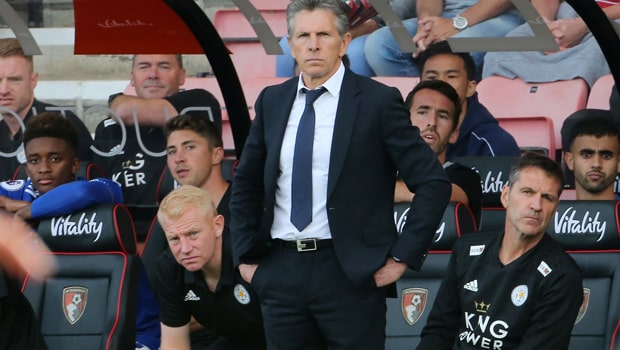 Leicester City boss Claude Puel felt his side “lacked concentration” in their 4-2 defeat at Bournemouth on Saturday.

The Foxes found themselves 3-0 down at half-time before Wes Morgan was shown a second yellow card in the second half.

The Cherries added a fourth before Leicester pulled two goals back through James Maddison and Marc Albrighton.

“It’s a difficult feeling and I’m more than disappointed,” Puel told Sky Sports after the defeat.

“It was strange the first half, it was not a fair reflection.

We started this game with good intentions and I thought we had a good balance between both [teams].

“We had the first chances to score, but after the counter-attacks it was difficult to react. We had to prevent this situation. We lacked concentration and focus.”

Leicester host Huddersfield in their next Premier League fixture and Puel has urged his players to respond to the defeat at Bournemouth.

“After the second half it was difficult to come back,” he added.

“We tried but we conceded another goal with a man down, but I praise the mentality of my team because we scored twice at the end.

“I think it was important. Now it’s important to prepare for the next game and I hope this game was an accident and together we react.”